Microsoft plans to replace Skype for Business with Teams 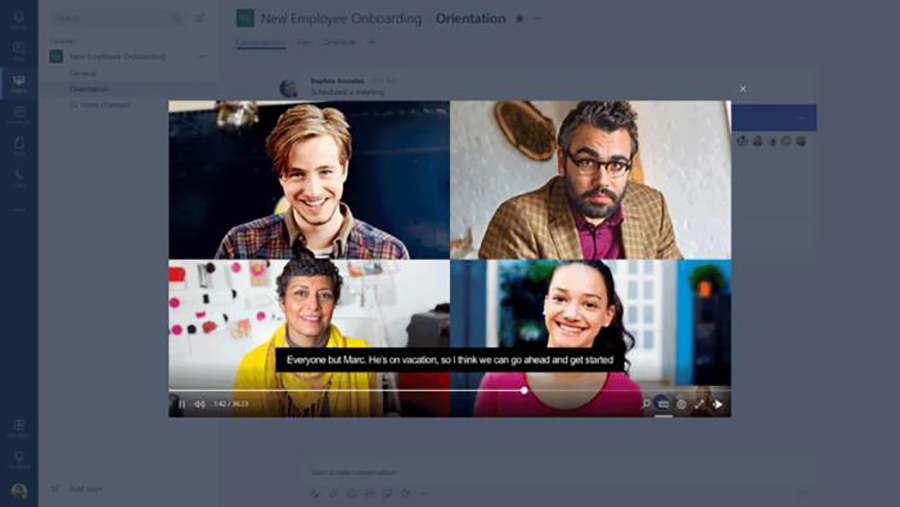 The company’s Slack rival, launched six months ago, will ‘over time’ become the primary communications client in Office 365.

Microsoft’s Skype for Business will be replaced by Teams, which is slated to become the primary communications client within Office 365.

The Teams instant messaging platform – which is bundled with the company’s Office 365 productivity suite – was launched only six months ago as a rival to Slack. According to Microsoft, there are now 125,000 organizations using the software globally.

Teams is already running on Skype’s cloud-based infrastructure for video and audio calls, which Microsoft is “evolving rapidly.”

“We are excited about this new infrastructure because it will provide both speed of innovation as well as higher quality communication experiences,” the company said in an announcement pegged to its Microsoft Ignite event in Orlando, Fla.

Skype for Business had been the primary tool for video conferencing and enterprise chat since taking over from chat application Lync.

Alan Lepofsky, vice president and principal analyst at Constellation Research, said the decision to phase out Skype for Business in favor of Teams should be met by customers in “a positive light,” as it will further simplify Microsoft’s product portfolio.

“Reducing the number of applications that end users have to choose between should lead to a more seamless collaboration experience,” he said.

Gartner research director, Larry Cannell, called the decision a “bold move” as Microsoft faces tough competition in the enterprise collaboration market. “With Teams, Microsoft isn’t just taking on Slack or Cisco or whomever, they are trying to change the rules of the game for team collaboration on their own terms,” he said.

“By replacing the desktop Skype for Business Online client with Teams, Microsoft is exposing the Teams experience to a significantly broader audience,” Cannell said.

Although Microsoft did not give a specific date for retiring Skype for Business, Patrick Moorhead, at Moor Insights & Strategy, said users are likely to be given plenty of time to migrate. “I’m not concerned with any current Skype customer transitioning over, as Microsoft gives customers literally years on these kinds of things,” he said.

Microsoft also announced new capabilities for Teams at the Ignite conference today. They include the ability to make and receive public network phone calls from the application, as well as call hold, call transfer and voicemail functionality.

An audio conferencing feature, available now in preview, will allow users to join a Teams meeting by dialing a phone number, and there will be greater interoperability with Skype for Business.

Microsoft said that Teams will be the central tool for what it calls “intelligent communications,” and it laid out plans for new features such as surfacing documents ahead of a meeting, recording and transcribing discussions, and subsequently adding notes and recordings to relevant Teams channels for review.

The new features follow Microsoft’s addition of guest access within Teams earlier this month, as well as integrations with Adobe’s portfolio of products.